Devoted to music in every form

I am devoted to music in every form, I enjoy my solo performances as much as being a partner in both chamber and vocal music. I am a fan of Jazz, Contemporary, Tango and more! I perform a lot of contemporary music next to the conventional repertoire and enjoy collaborations with artists from other genres.
I recorded quite a lot of CD's already with a very different repertoire for labels like Philips Classics, Naxos, Brilliant Classics, Grand Piano, Et'cetera, ARS Productions. My personal pride - in November 2016 I released my first LP recorded as live direct-to-2-track analog vinyl at the famous Bauer Studios Ludwigsburg. I am the first classical musician that has participated in the Studio Konzert Limited Edition vinyl series.
In 2019 I started a collaboration with Naxos Music Group to record all Beethoven Piano Concertos in chamber version by V. Lachner. The first CD of this project including Piano Concertos no. 3 & 4 was released in November 2019

Having commenced her international career at the age of eleven, Hanna Shybayeva has transformed from being a 'child prodigy' to the mature and exciting musician she is today. Her playing has been praised by both the public and the press for her deep musical interpretations, captivating energy, a great sense of form and a rich colour palette. Devoted to music in every form, Hanna enjoys her solo performances as much as being a partner in both chamber and vocal music.

Born into a family of musicians, Hanna began her piano-education at the age of six. Already since the young age she has won many prizes at International Piano Competitions in Europe and the US and had a busy schedule participating in festivals and giving solo-recitals as well as concert-performances with orchestras in Europe, Russia and the US.

Hanna had the privilege to work closely with professors like Dmitri Bashkirov, Ferenc Rados and Naum Grubert, which had a deep influence on her musical development. With Naum Grubert she studied at the Royal Conservatory in The Hague where she graduated in 2005 as Master of Music with the highest distinction. Since then, her numerous performances include appearances in Germany, Italy, France, Belgium, Sweden, United Kingdom, Ireland, the US and Canada and she appeared o.a. Robeco Summer Series Concertgebouw Amsterdam, Prinsegrachtconcert Amsterdam, Yamaha Concert Series in New York and Germany, Beethoven Festival Bonn.

The ensemble exists of soloists and chamber musicians from across Europe and is one of the most innovative, vibrant and versatile ensemble's for new music. In the same year Hanna started a chamber music project "Symphonic Intimacy" together with the Ysaye String Trio a project showcasting historical chamber music arrangements of symphonic works. In 2015 the group released their debut album 'Symphonic Intimacy' on the DRC label with the recording of the 3d Symphony of L.van Beethoven (arr. F.Ries) and the world premier recording of the 3d Symphony of G.Mahler (arr. A. Lobanov).

Hanna is very active in the field of recording and has brought out numerous CD's which are highly regarded in the press. She recorded for labels a.o. Philips/Universal, Etcetera, Brilliant Classics and Grand Piano, bringing out versatile repertoire by Ravel, Prokofiev, Chopin, Toru Takemitsu, Shostakovich, Kenneth Hesketh, Schubert and the complete Etudes-Tableaux of Rachmaninov.

Her duo CD 'Sounds of War' together with violinist Maria Milstein was highly praised by the international press and was chosen as one of the five best classical albums of 2015 by the main Dutch newspaper NRC. The disk was awarded Edison Klassiek Award 2015 in the category Chamber Music.

On November 18th 2016 Hanna released her first LP which was recorded as live direct-to-2-track analog vinyl at the famous Bauer Studios Ludwigsburg (Germany). She is the first classical musician that has participated in the Studio Konzert Limited Edition vinyl series of the Bauer Studios/NEUKLANG. This live concert recording includes works by Couperin, Scarlatti, Chopin, Debussy, Gershwin and Kapustin and is named by the press as an 'album not to be missed’. The same program is also available as a CD published by ARS Production in April 2017.

In 2019 Hanna began a collaboration with Naxos Music Group to record the complete L.van Beethoven’s Piano Concertos in the chamber music arrangement by Vinzenz Lachner. The first CD of this project with Concertos No.3 & 4 was recorded together with the Utrecht String Quartet and issued in November 2019. The second album includes Concerto No.1 and Symphony No.2 arranged for piano trio by the composer himself. Recorded together with the members of the Animato Quartet it was released in November 2020. Hanna completed this project in December 2021 with issuing the third disk featuring Concertos No.2 & 5. This collection is the first complete recording of Beethoven's Piano Concertos in chamber music version. 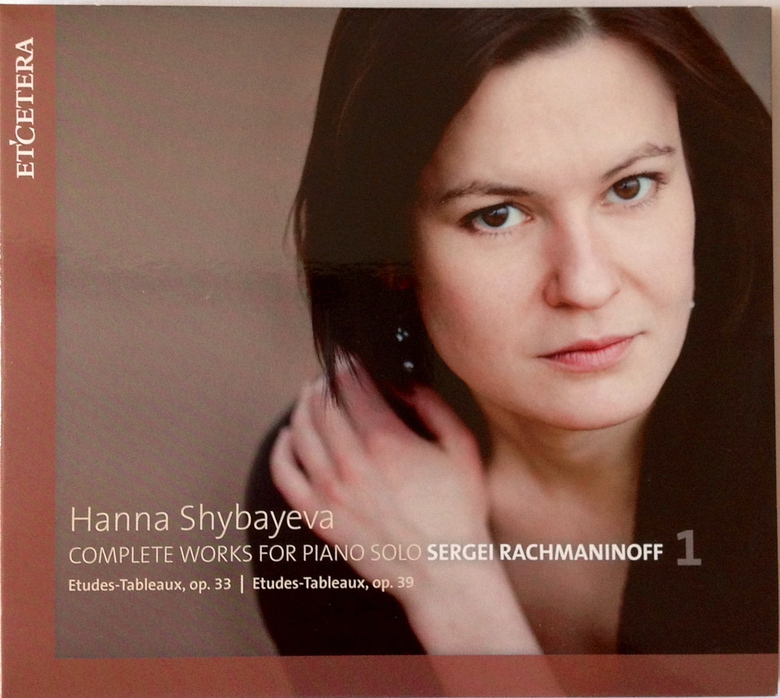 “...expressive, monumental, full of deep relief, a floating panel full of light and air, touched by forceful penstrokes and series of full chords, an heroïc melodic line above a small motive, gradually being swept along and fused into a sea of amalgamated sounds. Impressively beautiful ! ...”