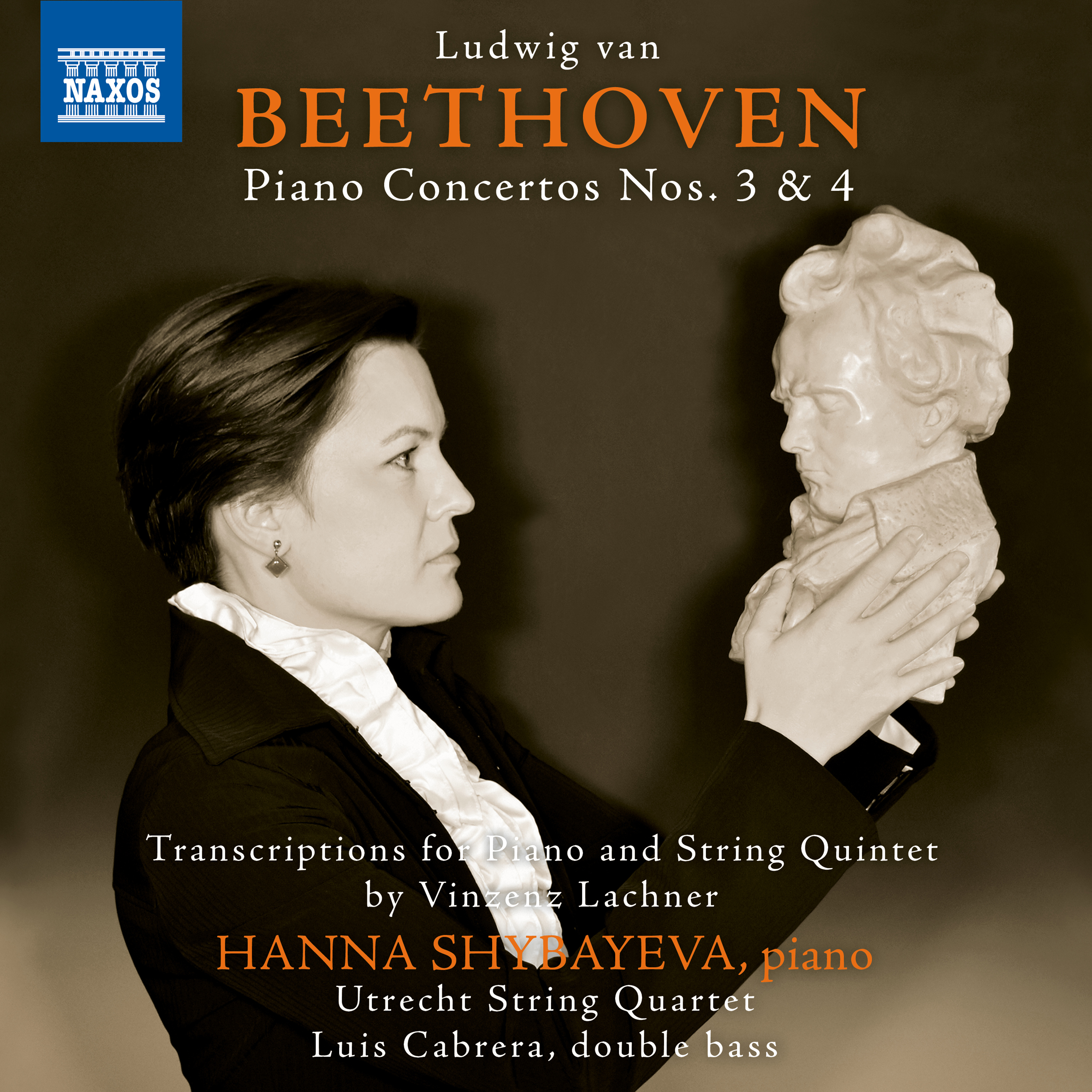 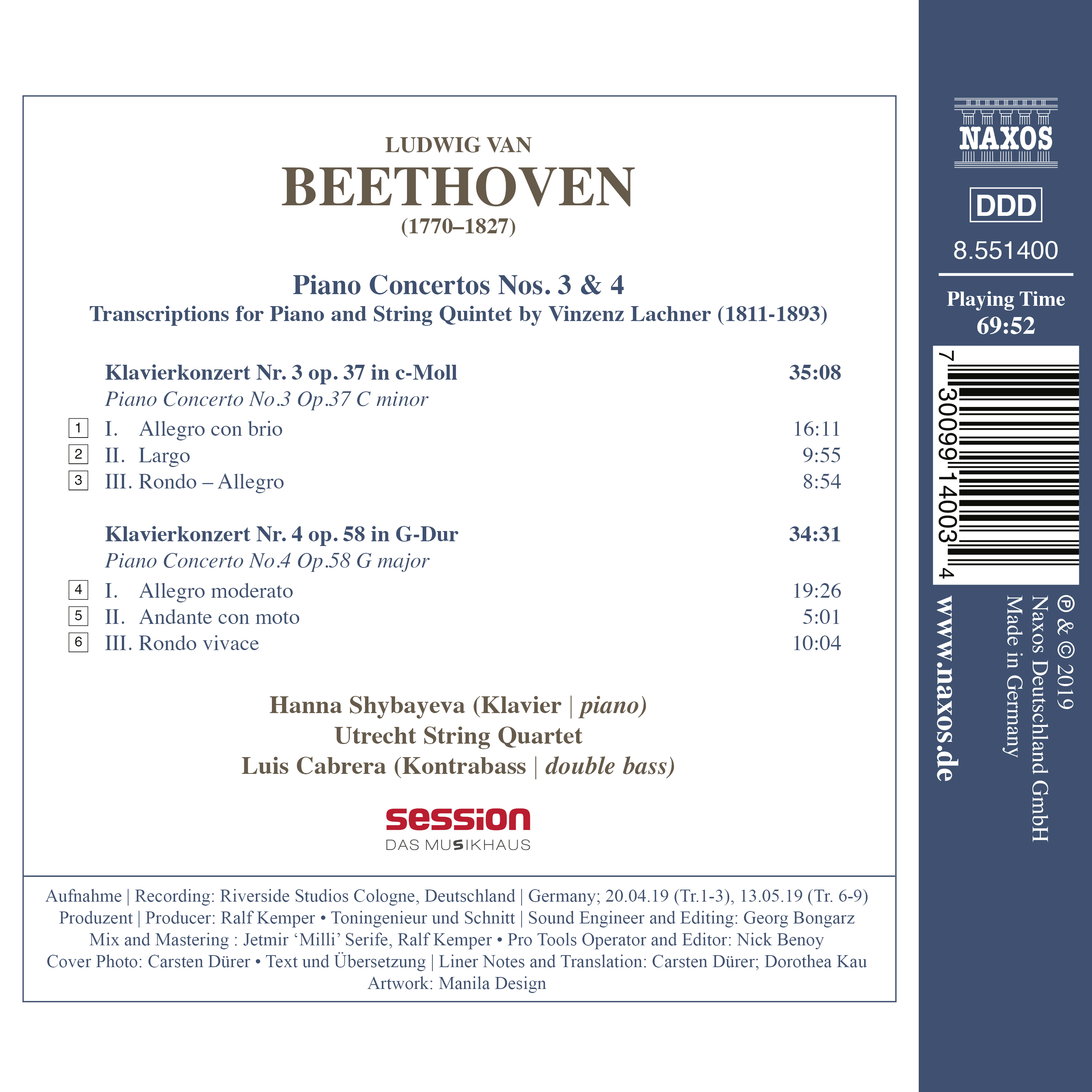 It is a well-known fact that apart from Johann Nepomuk Hummel Ignaz Lachner arranged quite a number of Mozart’s piano concertos for piano and string quartet (some with an additional double bass). Ignaz Lachner was four years older than his brother Vinzenz, who - in turn - arranged a lot of Beethoven’s works.

The Lachner family from Upper Bavaria was a musical family, specifically the three brothers Franz Paul (1803–1890), Ignaz (1807–1895) and Vinzenz (1811–1893), whose original works have so far been widely ignored. However, there is one question that is often asked: Why have composers tried to adapt orchestral scores to the instrumentation of small string ensembles? In this connection it is necessary to consider the time when those arrangements were created – the so-called Biedermeier period, the music of which is mostly subsumed under the term early classical era. At that time the opera was a favourite musical genre of the bourgeoisie. The piano, however, became an important instrument in bourgeois households because people wanted to listen to the great musical masterpieces. The fact that orchestral works could hardly be performed in the comparably small rooms of their homes resulted in a growing demand for piano concertos being arranged for chamber music instrumentation.

Chamber music arrangements with piano became the major fields of activity for arranger-composers to ensure a wider distribution of famous works.

The chamber music versions of Beethoven’s piano concertos presented here are largely thanks to the commitment of the German pianist and pedagogue Sigmund Lebert (1821–1884), who wanted to provide his students with editions of works that could be played and performed. That is why he wrote arrangements for works by Mozart and initiated – together with Hans Bülow – the famous Cotta edition of Ludwig van Beethoven’s piano concertos, published in 1881. In the same year Lebert started to co-operate with the composer Vinzenz Lachner on arrangements of Beethoven’s piano concertos for chamber music instrumentation. “L. v. Beethoven’s piano concertos for one piano as well as for accompaniment by a second piano, a string quintet (or orchestra) to be used for study purposes and concert hall”, it says on the first edition from 1881, “arranged by Sigmund Lebert in co-operation with Vinzenz Lachner”. The fact that the solo part is printed in the original version but can also be read in the arranged version indicated by smaller notes really makes it an edition for study purposes. The student is free to choose whether he wants to play those concertos with the accompaniment of a second piano or a string quintet (or an orchestra). No less a man than Liszt was engaged to arrange the orchestral part for the second piano. However, in Liszt’s arrangement the soloist has a decisive role as regards the orchestral sound because the first piano does not only have to play Beethoven’s solo part but also the tutti of the orchestra that Liszt had arranged for piano so brilliantly. Vinzenz Lachner contributed the arrangement of the orchestra part for string quintet (two violins, viola, violoncello and double bass).

The soloist can choose whether the piano – apart from the solo – also takes over the tutti passages of the orchestra for the overall sound. In this connection, however, it is advisable to follow Liszt’s arrangement in this edition where it is deemed necessary. The fact that these chamber music versions by Lachner and Lebert have not been available as recordings is most probably due to the fact that most pianists considered these arrangements to be inferior to the orchestral versions. It is only Piano Concerto No. 4 in its chamber music version that numerous artists have meanwhile included in their standard repertoire. However, there are also quite a number of interesting arrangements regarding other concertos and we should keep in mind that Beethoven himself also wrote chamber music versions for his orchestral works in order to make them more widely known. One example is Symphony No. 2 which the composer himself arranged for piano trio. Another important aspect is that the chamber music arrangement of those works are by no means less fascinating.

The Piano Concertos No. 3 and No. 4 are here presented in the version Lebert had created in co-operation with Vinzenz Lachner.